Here you can find the whole history of our pub, from when it was first built right up to the current owners. 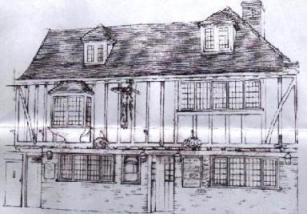